The More the Merrier: Maria from @triplets_of_copenhagen

The More the Merrier is this week’s Birth Post series devoted to mums of twins or multiples. Three mothers tell us how their life changed with receiving the news of expecting not of just one but more babies.

Maria is the mother of four, including triplets that were born when her first boy was only two years old. Her beaming smile seems to suggest the opposite, but Maria admits that with her bunch of four there is never a minute to sit down and relax. How does she do it then, you might ask. Well, Maria has a lot of tips for mums expecting multiples. Read and learn from her!

Hello Maria, how are you feeling today?

I’m feeling really good. The new sleeping schedule we started yesterday really works. All three are now taking a long nap at the same time! And the sun is finally shining after days with grey skies.

What did you have for breakfast this morning?

We had bread, eggs and coffee, and all four kids joined us around the table.

How old are the triplets now?

What was your first reaction when you found out you were expecting not one but three children?

I was totally, utterly shocked! I started crying right away, and thought about a thousand things at the same time: how would I be able to carry three babies, how will we survive the first months/ the first 4 years/ the teenage years, how will our older son deal with this, what about all our travel plans, our house situation, and so on. And during the rest of the session I was going from laughing to crying hysterically because of the surrealism of the whole situation, but also filled with happiness from seeing three perfectly healthy babies kicking around on the ultrasound screen. <3 <3 <3 They were so, so cute.

How was your delivery?

It was a planned c-section, and they were all out in only three minutes. It was so emotional hearing those three scream, and they showed me each baby right away and let me kiss their foreheads, before taking them to some tables beside me for check-ups. Afterwards, I got to hold two of them for some minutes, before they went to the NICU with their father, and I got stitched up.

What has the biggest change in you life since you became the mother of triplets?

The biggest change is that there is almost never a minute left to relax, and that there are so many children to love and give attention to all of a sudden. We went from zero to four kids in two years. 🙂

How did your surroundings react to the news?

We actually called our parents and siblings one by one on Facetime, and filmed their reactions. I’m so happy that we did that, because their reactions are priceless! They all had different ways to cope with the news, so we got both hysterical laughter, tears and a case of almost fainting, haha! They were of course all very shocked, but also very happy and positively convinced that we would make it.

Do you have any pro tips for women who just found out they’re going to have triplets?

Do a lot of research ahead of time (Instagram was my best place to go), get things early (Babybrezza formula mixer and a sterilization machine are must-haves), try to get things sponsored (we asked a lot of companies even before I had a big Insta-account, and almost everyone said yes), plan to get as much help as you can in the first three months (especially if you have other children). If people want to help, tell them to bring dinners that you can freeze. Relax a lot during pregnancy (you want to keep them inside for as long as possible), and eat-out a lot, because you won’t have much time in just a while. 😉

They should start by not firing women who want to breastfeed

We are not alone in our trials 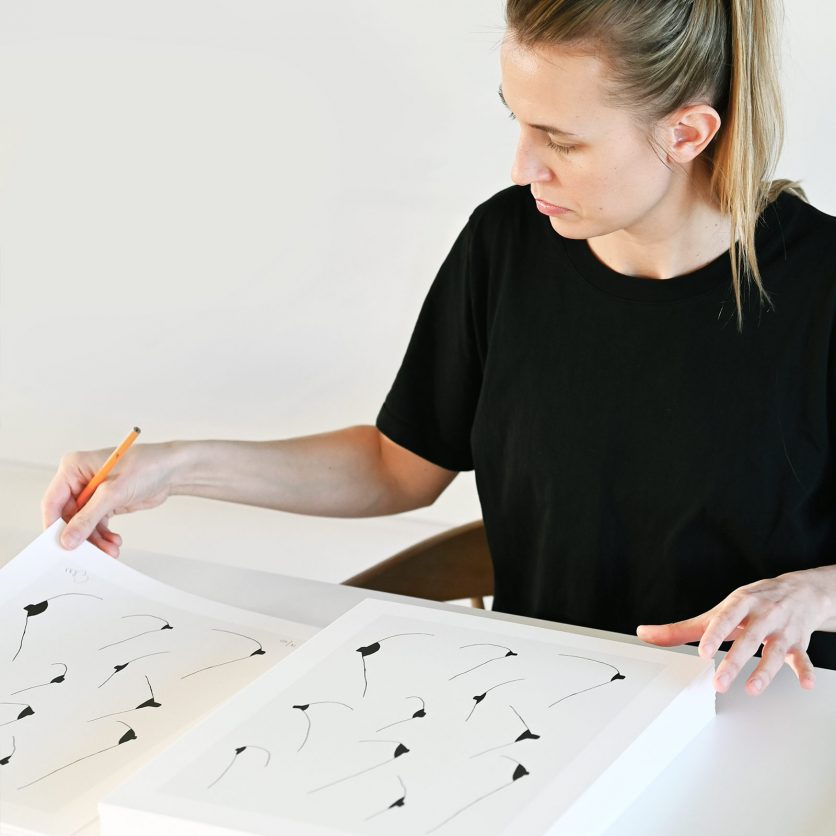 Evelina – The power mama behind The Birth Poster

Amazing customer gets our logo tattooed

When becoming a mom is a long journey

Growing a business from home with kids

Being a mom in Japan. Interview with Aya Murayama